In the lesson, Corn Breeding: Lessons from the Past of this series, an inbred (sometimes called an inbred line or simply a line) was described as a pure-breeding strain of corn. When pollen from an inbred plant is placed on the silks either of the same plant (this is a self-pollination) or of another plant of the same inbred (this is cross-pollination) and the resulting seed is grown, all the progeny will be genetically identical to the parental inbred plant(s). The reason for this is that at every locus an inbred is homozygous (i.e., A1A1 or A2A2, etc.). An A1A1 parent (or two A1A1 parents) can generate only A1A1 progeny. (See pictures below) 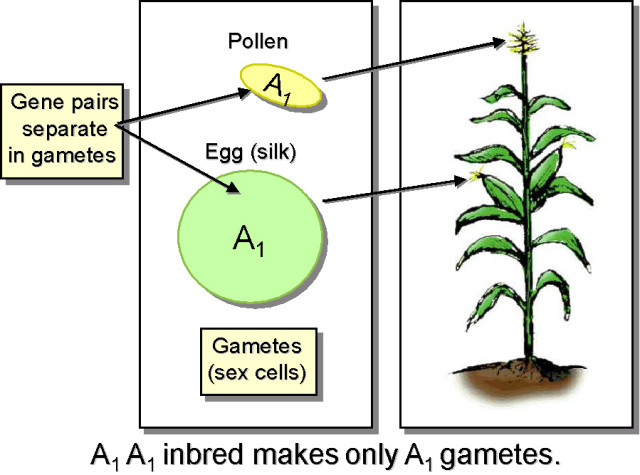 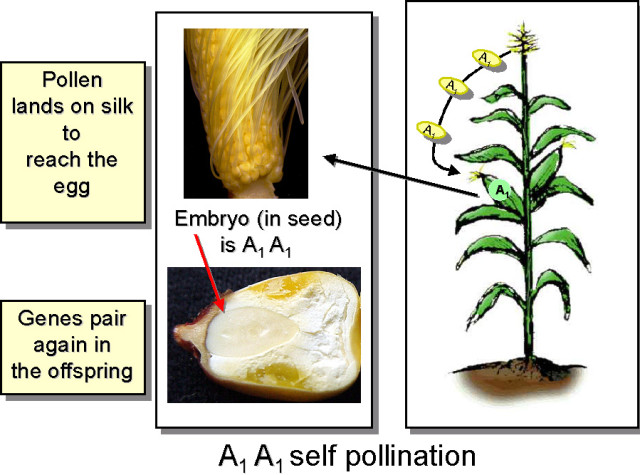 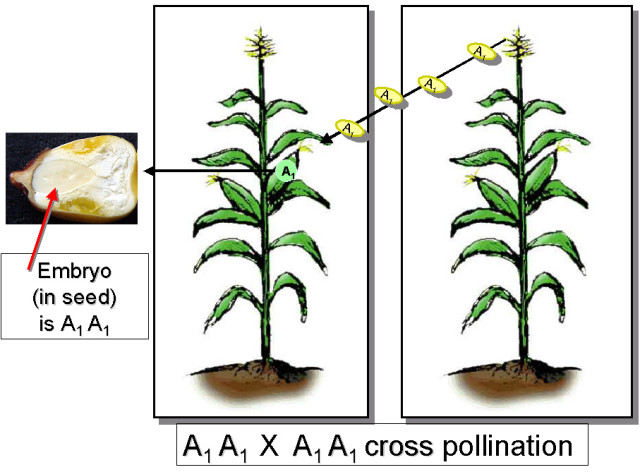 Public breeders at universities developed many of the first corn inbreds in the United States. But for the past several decades, private seed companies have developed most of the new corn inbreds that are used as parents of commercial single-cross hybrids grown in the United States (see next section). Corn inbreds produced by seed companies are regarded as private property, are usually legally protected, and generally are not available to a farmer even under a license agreement.