Biological weathering is the weakening and subsequent disintegration of rock by plants, animals and microbes.

Growing plant roots can exert stress or pressure on rock. Although the process is physical, the pressure is exerted by a biological process (i.e., growing roots). Biological processes can also produce chemical weathering, for example where plant roots or microorganisms produce organic acids which help to dissolve minerals.

Microbial activity breaks down rock minerals by altering the rock’s chemical composition, thus making it more susceptible to weathering. One example of microbial activity is lichen; lichen is fungi and algae, living together in a symbiotic relationship. Fungi release chemicals that break down rock minerals; the minerals thus released from rock are consumed by the algae. As this process continues, holes and gaps continue to develop on the rock, exposing the rock further to physical and chemical weathering. 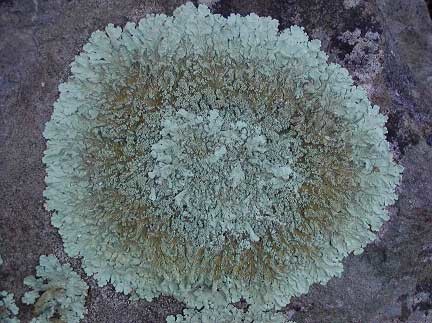 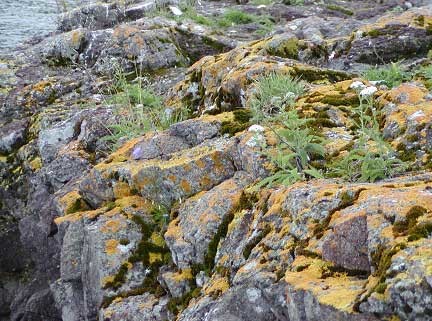 Burrowing animals can move rock fragments to the surface, exposing the rock to more intense chemical, physical, and biological processes and so indirectly enhancing the process of rock weathering.

Although physical, chemical, and biological weathering are separate processes, some or all of the processes can act together in nature.